Into This River I Drown Pre-Release Thoughts 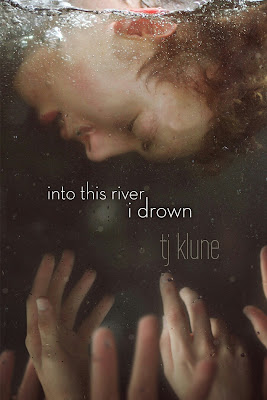 If the relationship of father to son could really be reduced to biology, the whole earth would blaze with the glory of fathers and sons.
--James Baldwin 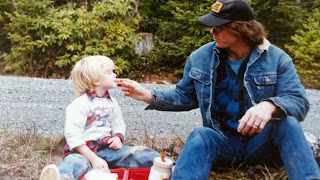 Into This River I Drown Playlist

You are sixteen days away from drowning in the river.

Into This River I Drown is not structured like a traditional novel.  It’s divided into four parts, and then within each of these parts comes the headers you’ll see listed below.  I was very careful when writing this book to not have the headers give away any part of the story, so you can read on knowing there aren’t any spoilers ahead.  Instead, I hope it increases your anticipation for River.

Music has always played a huge part in my writing, and none more so than this book.  Into This River I Drown is a big novel, with my biggest cast of characters yet, and in my head, I have theme songs for each of them, and each of the scenes they are in.  But at its core, ITRID is about Benji, his father Big Eddie, and the mysterious Calliel.  Therefore, each of these songs are from their points of view.

If at all possible, I strongly urge you to purchase these songs to add to your collection.  In addition, I’ve created an ITRID YouTube Channel where you’ll find all of the videos listed below in order for you to listen to.  Here’s the link to click on: http://www.youtube.com/playlist?list=PLGB4g9W_1OmOW1PGQkat1lIyAywkTHdUm

As always, I don’t own any of these songs, and the rights are with the creators for each song.

(Also, one of these songs is not like the others—can you figure out why?  If you can, you may have a greater understanding of what’s ahead than other readers.  No, it doesn’t have anything to do with whether a song has lyrics or is just instrumental. And no, it doesn’t have to do with the type of song.  Hmmmmm, which one could it be?)

I'm not going to post videos for each of the songs, especially since the YouTube Channel is there, but I will post my most favorites and the ones I think are the most important to understanding the book.

Theme Song for Into This River I Drown: Imagine Dragons “Bleeding Out”
You And I: Agnes Oble “Riverside”
In This Town I Live, In This House My Father Built: Band of Horses “The Funeral”
The Man Who Fell From The Sky: Florence + The Machine “Breathe of Life”
Corporeal: Skillet “Awake and Alive”
It Came From Outer Space!: Gavin Degraw “Belief”
The Woven Design: Civil Twilight “Letters From The Sky”
A Meeting of the Minds: Skyler Grey “Love The Way You Lie”
A Man About Town: City & Colour “Casey’s Song”
Revelation: Jack Savoretti “Soldier’s Eyes”
The Last time, The First Time: Switchfoot “Only Hope”
Cross Your Heart, Hope To Die: The Swell Season “Drown Out”
The Strange Men: Barcelona “It’s About Time”
This Is The Hour We Collide: Ellie Goulding “Lights (Bassnectar Remix)”
The Voice of God:  Yellowcard “Only One”
Adrift: Great Northern “Driveway”
The Life Of Joshua Corwin:  Nomads “Les Sages”
These Flickering Lights: Imagine Dragons “Nothing Left To Say”
A Knock At The Door: James McMorrow "We Don't Eat"
Old Bones: Red “Hymn for the Missing”
Michael’s Sign: Jon Licht and Daniel Licht “Honor For All”
A Thousand Needles In Your Eye: Ellie Goulding “Hanging On”
Look Away: Cocteau Twins “Song To The Siren”
Memories Like Knives: Bartholomew “Silent Comedy”
Mile Marker Seventy-Seven: Snow Patrol “What If The Storm Ends?”
The White Room: Puscifer “The Humbling River”
The River Crossing: Red “Not Alone”
The Fallout:  Barcelona “Get Up”
O Lord, Hear Our Prayer: VNV Nation “As It Fades (2nd Movement)”
The Sunrise: Mumford and Sons “Below My Feet”

Theme Song for Into This River I Drown: Imagine Dragons “Bleeding Out”

You And I: Agnes Oble “Riverside”


The Man Who Fell From The Sky: Florence + The Machine “Breathe of Life”


A Knock At The Door: James McMorrow "We Don't Eat"

Look Away: Cocteau Twins “Song To The Siren”


The River Crossing: Red “Not Alone”

The Fallout:  Barcelona “Get Up”